-Tim Pawlenty went hard in the paint against Michele Bachman, attacking her on her lack of proven results from her time in the House. But we all expected that, right? Pawlenty thought Iowa would be a cake walk for him, until Ms. Bachman stole his thunder.

-Damn, they made Newt ANGRY. When the moderator asked Mr. Gingrich about most of his major staff leaving in June, Newt accused him of using ‘gotcha questions’. He went on to say that too much focus was put on the minutia of the campaign rather than record and ideas of the candidate. I sort of agree.

-Jon Huntsman sucks on TV. He had this weird perma scowl on his face. I was surprised by how liberal he looked, when contrasted with the other candidates. I particularly liked his answer regarding not supporting a marriage amendment to the constitution. He said it should be up to the states and then accused his peers on the stage of not holding to that sacred Republican tenant. Him and Mitt are twins. I am not saying all Mormons look the same though.

-Rick Santorum……..I didn’t pay any attention to him until he said that there should be no rape exception in an all out ban on abortions because if a woman was already raped, Mr. Santorum did not believe we should also commit the crime of murder on top of that crime……….Yea, I wanted to cut off his dick too.

-Mitt is Mitt. Talking shit about his financial knowledge and President Obama’s lack there of. For the perceived front runner, it didn’t seem like anyone was going after him in any real way. And what they hell was he doing with ole Herman’s schtick of listing things? He botched it. Seven?! Seven ways to fix the economy? No one will remember all that shit.

-Herman Cain announced that he now knows what the Palestinian right of return is and that means he should be President. Here are 3 reasons why……….

-Ron Paul is still Libertarian. Still says some things I like and some I hate. Still has a fan base of young people who have no idea what the fuck he is advocating.

-Michele Bachman, crazy as she may be, is a bad bitch for standing on that stage, amidst the GOP boys club, and kicking some debate ass. 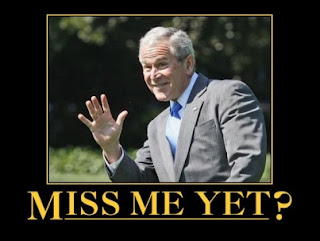 Just fair warning-I got a little drunk playing a debate drinking game, so by the end of the debate, I wasn’t really paying attention. Mostly just talking.

You have just read a Guest Blog from Theresa
To read more from this featured member, visit their blog at Things That Are Ridiculous
Original blog entry found at Yay Fun Debate Times