The agreement would reduce spending by at least $1 trillion over 10 years, but even the near-term cuts could shrink already sluggish GDP growth by 0.3% in 2012. According to EPI, the plan “not only erodes funding for public investments and safety-net spending, but also misses an important opportunity to address the lack of jobs.” In particular, the immediate spending cuts and the “failure to continue two key supports to the economy (the payroll tax holiday and emergency unemployment benefits for the long term unemployed) could lead to roughly 1.8 million fewer jobs in 2012. 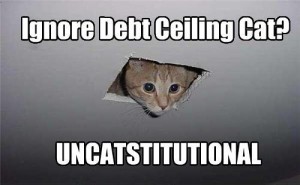 You have just read a Guest Blog from Theresa
To read more from this featured member, visit their blog at Things That Are Ridiculous
Original blog entry found at This Debt Ceiling Deal Blows