G-9 Collective and Indymojo proudly present the next in our monthly series…. 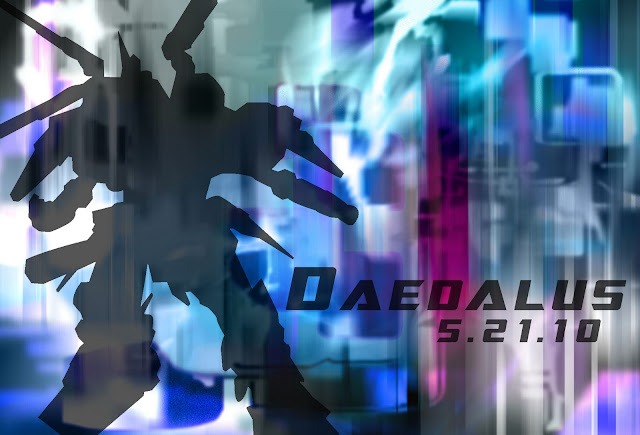 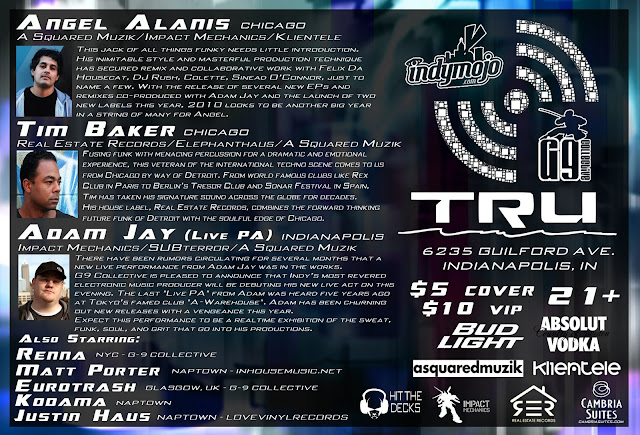 In Greek mythology, Daedalus, meaning “cunning worker”, was a skillful craftsman and artisan. Daedalus had two sons: Icarus and Iapyx. He is first mentioned by Homer as the creator of a wide dancing-ground for Ariadne.

This jack of all things funky needs little introduction. His inimitable style and masterful production technique has secured remix and collaborative work with Felix Da Housecat, DJ Rush, Colette, Sinead O’Connor, just to name a few. With the release of several new EPs and remixes co-produced with Adam Jay and the launch of two new labels this year, 2010 looks to be another big year in a string of many for Angel.

Fusing funk with menacing percussion for a dramatic and emotional experience, this veteran of the international techno scene comes to us from Chicago by way of Detroit. From world famous clubs like Rex Club in Paris to Berlin’s Tresor Club and Sonar Festival in Spain, Tim has taken his signature sound across the globe for decades. Tim’s house label, Real Estate Records, combines the forward thinking future funk of Detroit with the soulful edge of Chicago.

There have been rumors circulating for several months that a new live performance from Adam Jay was in the works. G9 Collective is pleased to announce that Indy’s most revered electronic music producer will be debuting his new live act on this evening. The last “Live PA” from Adam was heard five years ago at Tokyo’s famed club “A-Warehouse”. Adam has been churning out new releases with a vengeance this year. Expect this performance to be a realtime exhibition of the sweat, funk, soul, and grit that go into his productions.

Originally a NY native, Renna brings the positive vibes through with a heavy focus on liquid, ragga, and soulful house vocals layered over drum and bass. He’s been part of the scene in both NYC and DC for over a decade. Expect a mix of lighter feel-good vocal tracks along with solid dancefloor smashers to keep things moving for you true heads out there.