Football is unique in that there’s only one game per week, leaving the rest of the time to analyze and prognosticate, fancy words which are used to mean that the person has no idea what the hell they’re talking about.

Each week during the season, I’ll be giving you a few picks from the NFL and NCAA as well, and free of charge at that. Starting with the NCAA preseason odds from pinnaclesports.com, I went through and found the best of the best.* 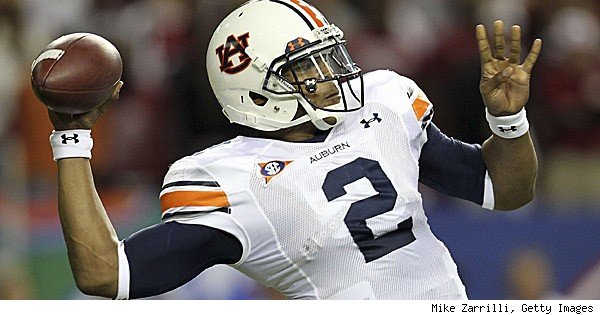 Cam Newton may be gone, but the Tigers have enough talent to win 7 games

There hasn’t been a defending national champ finish with a non-winning record the following season since Notre Dame back in 1950. Cam Newton is gone, but there is plenty of young talent left to carry the load. The Tigers won’t be back in the BCS this season, but they’ll win 7 games.

This is almost unfair. The Broncos will win every game on their schedule by double digits, including Georgia, which is getting much more love than they deserve this preseason. The only other game that may be close is against TCU on November 12, but this team hasn’t lost two games in a season since the Eisenhower Administration. The Trojans are very underrated heading into this season. They still have another year to go on their postseason ban, but that doesn’t mean they don’t have talent. Lane Kiffin has actually done a decent job at USC so far, and next year will be even better.

With the departure of several key players including Terrell Pryor, and a tough schedule that includes trips to Miami, Nebraska, and an improved Michigan, not to mention all the drama in Columbus this summer, this is as close to a sure thing as you can find. The worst you can do is a push.

*Disclaimer: These picks are for entertainment purposes only. Anyone actually taking sports betting advice from me is an idiot.
–
Alex Kirby is the Sports Editor here at IndyMojo.com
You can follow him on Twitter here @AlexJKirby

Stay tuned to IndyMojo.com for all your Indy sports news!