If you spend any time around Indy’s EDM scene, you are sure to hear the name “Jackola” roll off someone’s tongue.

Mr. Jack Shepler – aka Jackola, has become one of Indy’s most accomplished electronic performers. Spinning what I like to call “Jack House” at big time events like PRIDE, Oranje and of course MojoStock. The list is too long to attempt. Let’s just say Jackola is dope. 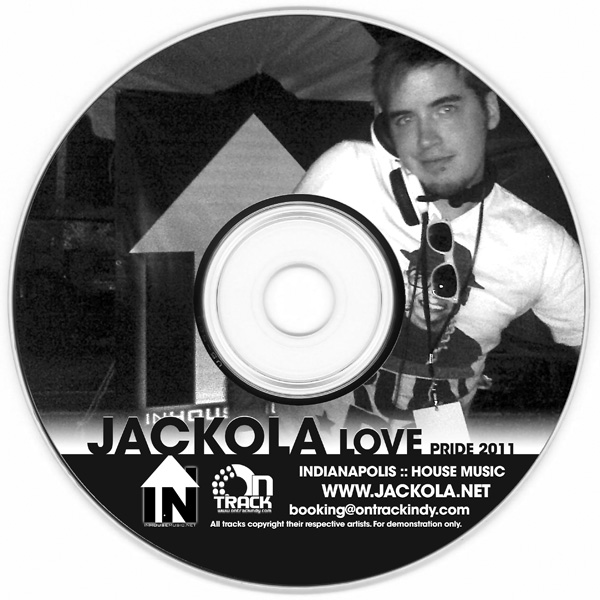 Luckily for me and this silly web portal, Jack Shepler is my friend, so I got a chance to chat with him about the state of the scene, event promotion and his plans for this year’s MojoStock festival.

JK - Who or what inspired you to become a DJ?

Jackola – When I was in high school I interned at BMG Music’s data center here in Indianapolis. The employee store sold all of the CDs returned to the “music club” for a dollar or two. Needless to say, I bought as much music as I could, even stuff I’d never heard of. One of those random CDs was Bad Boy Bill – Bangin’ The Box Volume 4. I really liked that fast moving, hard house and disco house. I then started buying more and more house music CDs. I fell in love and eventually realized I knew lots of people that liked it as well.

Not quite as exciting as going to crazy raves at age 14, but what can I say? I was a computer nerd.

JK - What is most fun you have ever had performing?

Jackola - If I think back on the times I had the most fun while performing, there’s one thing in common: everyone was dancing! The energy really does flow from the DJ to the crowd and back to the DJ. If I had to pick one time, though, it would be playing at Smart Bar in 2008. I opened for Miles Maeda. Later in the night (or morning?) he asked if I wanted to play again – obviously I said yes. Instead of playing from my computer, I whipped out the old vinyl and unleashed my fav funky house records to an awesome crowd. Felt good, man.

JK – What is the most awkward moment of your DJ career?

Jackola – In 2006 I played for a “swingers party” at ICE Ultra Lounge. Girls kept flirting with me all night, and one of them asked me if I was gay. I said I was, and she said “well nobody here is straight OR gay” followed by a for-serious wink. Fast forward an hour or two, and she’s back at it. This time, she walks up the stairs to the booth and tries to flirt with me by bending over the turntable and stopping the record with her boobs.

JK - Since you are a promoter as well, what does it take to produce a
successful electronic event in Indianapolis?

Jackola – Some of it is making the right choices. You have to secure a good venue, pick the right talent, make sure there’s decent sound, design an eye-catching flyer.

A lot more of it, though, is making sure that people know about it and are hyped about it. It requires not just a team of people spreading the word, but the support of the entire community. The community should always be in mind when planning events.

Jackola – When it comes to media like NUVO or (the late) Metromix, it’s not so much a bias against EDM as much as it is their heavy reliance on what people want to write about – the bulk of articles come from freelancers. When I was writing my monthly column for NUVO about Indy’s electronic scene (called Discopolis), I was basically their only writer interested in EDM. If we want to see EDM get covered more in local media, we have to write about it. Danielle Look and Rudy Kizer are doing a really great job and kicking butt, but there’s only so much 2 people can do.

I will say that on a larger scale there’s still an attitude that events with DJs are merely bar events, not actual music events. I think that perception is slowly changing, though.

JK - As a DJ, what do you compromise to continue to be successful?

Jackola – Certainly a lot of money and time goes into this passion. Beyond that, I always play to the crowd, and that might make me reach beyond what I would normally play – but I don’t consider that to be a negative compromise. If you’re not keeping the dance floor engaged, then what are you doing?

JK – What would you change about Indianapolis DJ culture and why?

Jackola – It makes me sad to see negativity, postering, and generally unneeded drama. Please leave egos at the coat check. We’re part of a community. Let’s lift each other up! …If you’re not having fun, you’re doing it wrong.

Otherwise, I would like to see more collaboration, not just within the electronic scene, but across all of the music scenes. That is something we strive for with Broad Ripple Music Fest, and something one can see in MojoStock’s lineup.

JK – How has social media affected the Indianapolis DJ scene?

Jackola – I think it’s safe to say that social media has helped the scene a lot over the past few years. We do need to be careful to not rely solely on it, or on one particular part of it, though. People have major fatigue when it comes to Facebook event invites, for example. Putting mixes online is great for reaching a larger audience and definitely recommended – but I am probably more likely to listen to your new DJ mix if it’s on a CD that you handed to me in person. I’ll even play it multiple times in my car instead of just that moment I saw it on the internet.

JK – You are partnering with Jangatha for your DJ set at this year’s MojoStock festival, what do you have in store?

Jackola – I’m hoping that by the time Mojostock happens we will have invented our own music genre. I am thinking “Jangolahton” or perhaps “Jackatha Thtep” or something like that. To get a sneak peak, we’re doing a special Mojostock preview set this Sunday, July 10th at Metro for the second patio party we (OnTrack / INHouse DJs) are doing there this summer. There’s no cover, but you do need to be 21+. You can definitely expect to hear some tech house from us, and probably see some jumping around and similar shenanigans.

JK – If you could give MojoStock advice for newbies, what would it be?

Jackola – Pace yourself with the beer. There’s entirely too much good music that you won’t want to miss! Plus, pacing yourself is a good #life skill to have.

JK - If you could offer advice for up and coming DJs in Indianapolis,
what would it be?

Jackola – Help spread the word about local events (even if you’re not playing). Promote yourself (but keep it real). Get involved. Give out CDs. Lift each other up. Open the door. Get on the floor. Everybody walk the dinosaur.

Be sure to check out the following links for your next chance to see Jackola is action.