This Friday, Indianapolis will be invaded by one of my personal favorite DJ’s, Mary Jane, for “Shattered” at Tru Nightclub!

Here’s a little more about her….. 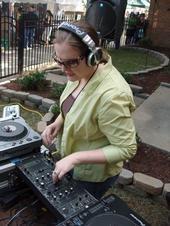 Mary was one of the 1st people I met when I first moved to Memphis, TN 11 years ago. She was then the owner of the local underground record store – Millennium, a cornerstone of the Memphis scene at the time, and she was already as “Legendary” as a local DJ can get in a town such as Memphis. With many travels, events, and gigs under her belt, she continued to feed not only the Memphis Underground Culture her brand of funk, but many of the other Midsouth DJ’s, promoters, and fans as well.

Mary Jane has spent the last two decades centered around underground electronica, rave, & DJ culture. She has often been called the