It’s usually hard for me to churn out another few pages of content unless something really gets me interested, or conversely, if I hear something really pisses me off. Since I’ve made a promise to myself to keep these posts free of politics, I’m restricted to writing about idiocy on and off the field. Thanks to the invention of Twitter and Facebook, I usually don’t have to dig that deep for stories/issues like this.

As many college football and Indiana High School Football fans know, the best high school quarterback in the nation currently resides in Columbus, Indiana. As we inch closer to National Signing Day (Feb 1st), the speculation is heating up as to where Gunner Kiel will play football for the next four years. 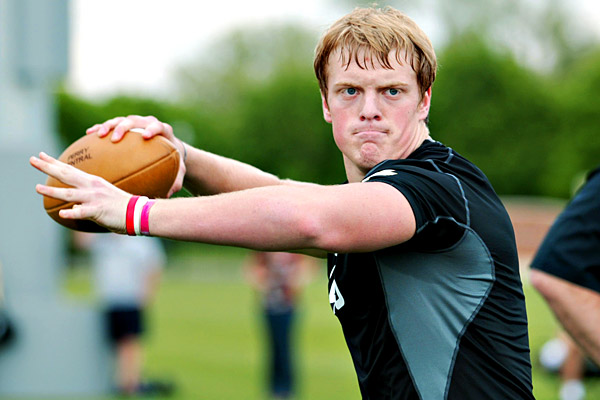 On Monday, several media outlets reported that Kiel had backed off from his verbal commitment to LSU to possibly play for Brian Kelly at Notre Dame. (And no, I don’t count Bleacher Report as a legit news service)

This all comes after Kiel initially committed to Kevin Wilson at IU before the start of this season. This would be the third time in the past few months Kiel changed his mind.

Now you may ask, “What’s your problem with all this?”

Absolutely nothing. And I figured that most people would’ve felt the same way. After all, this kid is just trying to get himself in the best possible situation