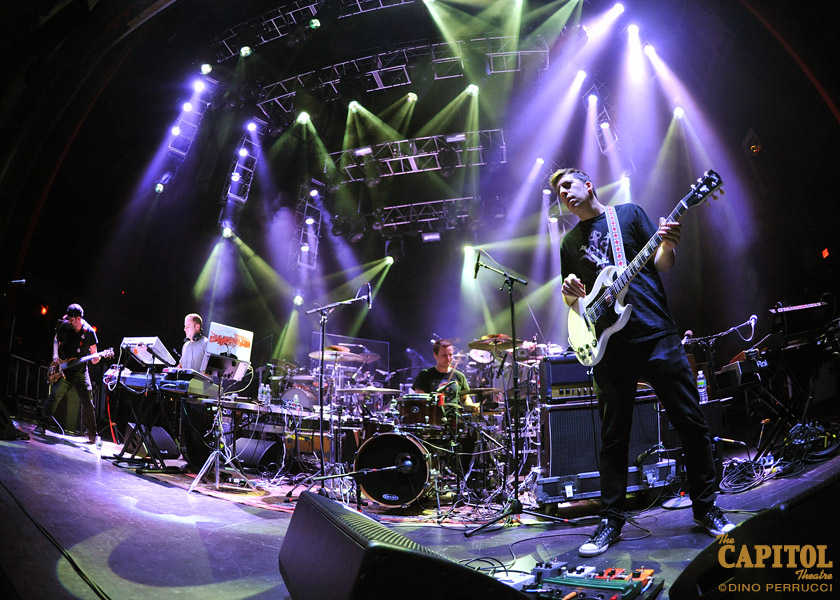 Currently, Conspirator is booked solid leading up to a 4/20 show in Amherst, MA. After that, they’ll rest for a short while before kicking it in to festival mode (including at stop in Manchester, TN for Bonnaroo, which was just announced yesterday). This Sunday, they’ll end your weekend on a high note at The Vogue when Conspirator and Break Science touch down in Indianapolis.

I recently caught up with Aron Magner, keyboardist for Conspirator and The Disco Biscuits- the latter of which just completed a series of revered shows in Colorado right before the former kicked off their current tour. Below, Magner talks about Conspirator’s tipping point, shares his pseudo-predictions for Gigantic Underground Conspiracy, explains how touring gives shape to new tracks, and comments on the current state of EDM.

MOJO: Conspirator only recently solidified the band’s roster and for the longest time you and Marc (Brownstein) were the mainstays while there was this revolving cast of guitarists and drummers. How did that affect the cohesiveness of the group?

MAGNER: It was kind of like the natural evolution of a band. We didn’t really know what we were setting out to do, until we found it. 2011 and 2012 were kind of like seminal years for what Conspirator definitively is now. So when you’re reading about a rotating cast- including Darren Shearer [of The New Deal] and Mike Greenfield [of Lotus] and Jake [Cinninger] from Umphreys McGee- it just was what it was. It didn’t really from into the band that it is now until a year and a half ago.

MOJO: When or what was the tipping point that turned Conspirator into the band that it is now?

MAGNER: I think the tipping point was really the songs that we started creating. Conspirator is all about production and pre-production in the studio. The physical playing of it is a different entity. So the tipping point was really us refining our skills and getting together to produce some banging tracks that we then figured out how to play live as a band, which is kind of our niche in the EDM world.

MOJO: Conspirator guitarist Chris Michetti did an interview with Headstash back in July of 2011 where he talks about how he believed Conspirator would eventually become its own thing, instead of just being “the Disco Biscuits’ side project”, so long as the group kept making original music and doing their own thing. A year and a half later, would you agree that his prediction has become reality?

MAGNER: Oh for sure. It’s 100% is its own, very unique thing. It’s very different from any of our other projects. It stands on its own two legs and is almost immersed in a completely different world.

MOJO: I would agree. In the beginning did you get compared to The Disco Biscuits a lot?

MAGNER: Yea. I mean, only in the sense that whenever you play in a different project, it’s like dating a different girl or something. You’re no longer the couple that people remember. It’s not an evolution, it’s just a different thing, you know? It’s great to be able to switch gears- playing some incredibly fucking rowdy shows in Colorado last week [with the Disco Biscuits] and then switching gears and getting back into the Conspirator world.

MOJO: So, what does Kyle Ober think of Conspirator?

MOJO: Are there any more shows in the works for Gigantic Underground Conspiracy?

MAGNER: I would fucking love to do some more Gigantic Underground Conspiracy. I think we should make that happen. What a fun fucking project that is. We’re always trying to cultivate “the hang” and play with our homies. 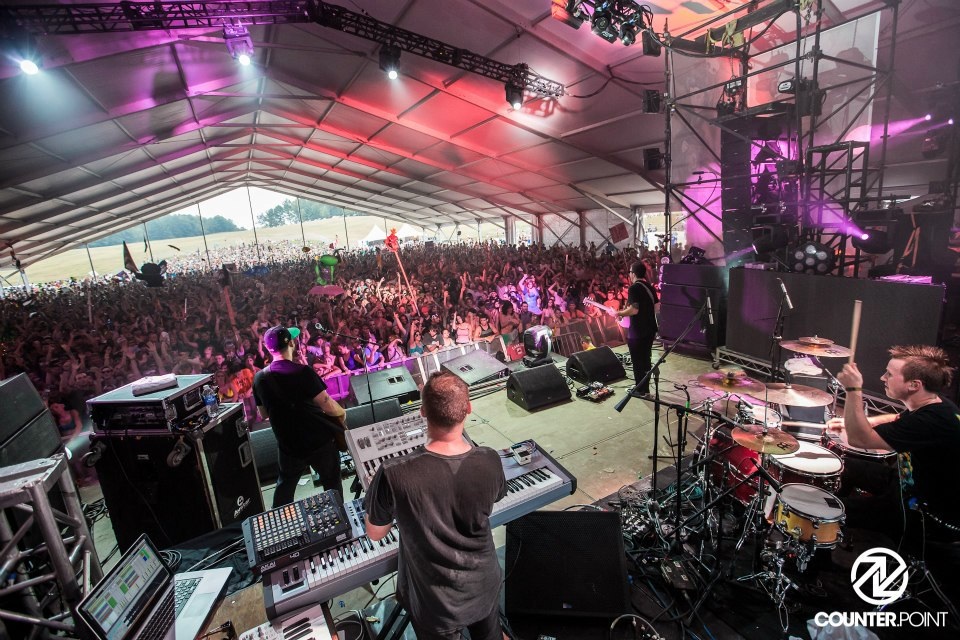 MOJO: Let’s talk about the current tour for a second. Is there anything the fans should be excited about to see on this particular round of shows?

MAGNER: We have the album, Unleashed, that just came out which we’re really proud of. So you’ll definitely be hearing all the songs off of unleashed. We got together a few weeks ago for another writing session and already debuted a new song last night. It’s always cool to see how songs progress over the course of a tour. Whatever you play the first time- you’re kind of walking on thin ice and you don’t necessarily play your line definitively and purposely. Then the next time you play it you get more comfortable and over the course of a couple of weeks you start to become the song, or the song starts to become you, or whatever it is.  But hearing the evolution of the song is really cool to me. And we have a handful of [new songs] as well so it’s great to go out on tour promoting a new album with completely new content on top of the new album.

MOJO: After the tour, is it already time to start thinking about festival season? Do you ever get tired of festivals?

MAGNER: *laughs* No way! Never get tired of festivals. Come on. They’re fucking awesome. What are you talking about? Each one is like snowflakes or nipples: unique and separate and different and awesome in their own way.

MOJO: What’s your sense for the state of EDM right now- with its rapid growth and increasing popularity?

MAGNER: The state of EDM? It is what it is. EDM is as much pop music as it is experimental at this point. That’s the coolest part. Everybody is finally pushing the boundaries of what EDM is.

EDM used to just be house music and now it includes all forms of electronic music. What’s great is that six or seven years ago there were some great electronic producers out there but you had to weed through everybody. Now there’s just a fucking slew of incredibly talented and young producers. Having that type of pool of thought- where everybody is trading ideas and production secrets, collaborating and listening to what kind of tones people are creating- breeds this new crop of electronic producers. The entire genre is becoming much more interesting.

MOJO: Sometimes it feels saturated, don’t you think? There’s just so much out there.

MOJO: It’s not even that. You can walk into the grocery store and hear it on the speakers.

MAGNER: Like I said, it’s the nature of the beast. It is what it is. Electronic music is the pop music of today. And I don’t necessarily think it’s going away. I think it’s going to morph into something else. Everything comes in fads. So maybe the fad of “the DJ” will fade itself back to the fad of shredding guitars. Or, it could morph into what Conspirator is- which is an amelioration of reproduced, hard-hitting electronic music coupled with musicianship.