So this week has been a little bit of a ride. It started with the doctors deciding I needed to get some blood work done, which came back with one of my hormone levels being off, and a few other things. So more blood work and getting that taken care of is in my near future. It’s nothing dangerous or life threatening, but it’s something that needs to be taken care of, to better my standard of living.

So after finding out my main sponsor has moved to another country and sut down his company, I’ve had to look for other ways to get funding for no gi nationals. So a few things will be happening. I’m looking for new sponsors, and will not wear anything from my old sponsor to no gi Nationals. Leaving it to the last minute to inform me really stinks. But with stress and adversity usually comes opportunity. So that brings me to my fund raising event to get to No- Gi Nationals. I’m having a Car Wash!! That’s right, what better way to raise the funds than to do a car wash? So here are the details. It is July 25th from 12:30 to 6 ish. Donations only, and I have friends who are promising to help out! And it’s going to take place in the parking lot next to my bjj school. So if you need your car washed, live in Indiana and want to help out please come! I promise it will be a great time!

On the final day of Mundials, there were victories to celebrate, and a teammate to remember for team Fight Sports. Fight Sports coach Roberto ‘Cyborg’ Abreu finished second today in the Black belt ultra heavyweight division. They also had two more athletes win their division, and one get third.

One of the athletes that went was a guy named Peter Bivona. And Although I do not know Peter very i thought it was necessary to talk about him. He added me as a friend a few weeks ago on Facebook, and from the little bit of talking we did he seemed to really love Brazilian Jiu Jitsu. He competed at Mundials, and although he did not do so well, he vowed to come back next year more prepared and ready to do his best. Unfortunately Peter won’t have another chance to compete at Mundials. Saturday night a status update appeared on his profile

As women in a male dominated sport we have a lot of things things working against us. Lack of other females to train with, different body make up than the men, the occasional social stigma of being a ‘female fighter’ and now another thing that seems to be happening more and more frequently, the possibility of becoming a mother. I am not at all saying becoming a mother is something bad, it is an amazing and miraculous thing. There is a big difference though when a female teammate is expecting and a male teammate is expecting. The male teammates can of course still go to practice and train their butts off. What happens to the females though? sometimes the pregnancy is planned, sometimes it is not, either way it starts to pose a few obstacles when sparring goes from one on one to, two on one.

The first female I remember this happening to was Lindsay. Lindsay and her boyfriend came along to class and jumped in full force. Not long after they started though, Lindsay got pregnant. She gradually stopped coming to class, but ended up with a beautiful baby girl named Mia. Lindsay is back at class and is a hard working blue belt. Her and Ken have worked out a way to where they are both at as many classes as possible and we have even gotten to see little Mia once or twice. She knows how to get mount, and armbar.

Last year one of our blue belts moved back from Wisconsin. Allison is a great competitor and a great girl to have around in class, she was always asking questions and her amazing base made all of us better for having her around. When she left we were all sad to see her go. So when Alison and her boyfriend Aaron moved back we were all happy to see her back. Maybe two months after, Alison pulled us aside and told us she was pregnant. She comfortably trained up to about 4 months before she stopped training bjj. Recently Alison showed back up to practice with baby Aiden in tow. Aiden is about four months old now and he loves to watch practice. he watches on the side, laughing. If anyone is sitting on the side taking a break during sparring we play with the baby while Alison spars.

And now Vanessa, our brown belt, is pregnant. She is 5 1/2 months along and still coming to jiu jitsu. When she is there she trains the techniques, and will occasionally spar, but she is unsure how long it is okay for her to keep up what she’s doing. No one really knows the doctors tell her to be careful but they aren’t really sure what Brazilian Jiu Jitsu is, and what she should160; or should not do.160; So as she is changing weight classes Vanessa keeps training, and planning for her baby girl.

So recently I stumbled upon The BJJ Lifestyle. It’s a website that has everything from crazy rash guards, to belts that show off your belt rank, and crazy, hilarious t-shirts, So I’m saying check them out. They even have this thing called the Legion, you get discounts on the stuff you buy. If you work hard for the Legion, they’ll even sponsor you! So heck why not go check it out and have some fun

The contests are great you can win different things, there are even other links to different websites, and they even put my little blog on there! Thank you guys and much love! So check them out, see some of the craziness, maybe even become a legion member so you can get swag, discounts, whatever!

Seriously check out the belts!! Once I get my purple belt I’m so getting one in purple

So waking up this morning was definitely interesting. I woke up to hear the news talking about how the UFC will be coming to Indianapolis! The prospective date is September 25, 2010. It will be UFC 119, and this is a huge step for Indiana. MMA has only been sanctioned in Indiana for around a year, and the UFC deciding to have a show here means its working. No more tiny shows where people are grossly mismatched or judges not knowing how to score, or referees not being required to go through any sort of training. With the fights being sanctioned MMA has become much safer, and made opportunities like bringing the UFC to Indiana a possibility.

The potential main event for UFC 119 would be Matt Mitrione vs. Joey Beltran. Mitrione’s most recent fight was against Kimbo Slice. Kimbo after losing the fight announced his retirement from the UFC. Regardless I can’t wait to see the fights, and you better believe I’m going to try and find a way to be there!

As more information on this show comes out check back for details!

TO everyone out there I am going to put up the information on my Sponsors. They are a great couple of companies that are helping my Brazilian Jiu Jitsu dreams come true.160; 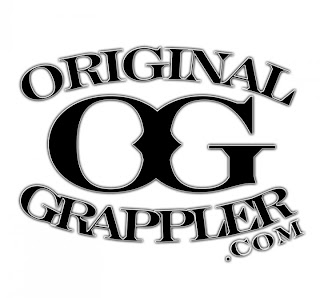 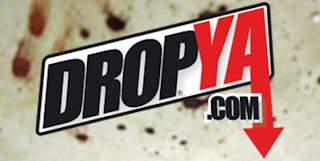 Like I said these great companies are helping me make my Brazilian Jiu Jitsu dreams come true and I have to give them lots of love. Thank you so so much guys, I’ll be keeping them on my gi and rash guard and in all the stuff I do!

So if anyone gets a chance PLEASE go check out these websites, show some love!!

So after almost a year of hiding I am going to try and return to blogging. It has been a rough few months for me and although I do have an old blog at I realized I needed to start clean. So that is what I am doing.

As for the Title La Vida es Sue