My laptop and I have been butting heads for many, many weeks and probably months due to the fact that it has been running really, really slow and has gotten to the point where I can barely get my day to day stuff done without throwing it out my car window. Luckily, I took the high road with the many frustrations that me and my constant companion have been dealing with by taking to the time to archive all of the files, etc. from the laptop’s hard drive so that I could proceed to wipe out everything that has been saved, installed, hacked and created on it.

Well, the good news is that I’m back in business with a decent laptop(it’s runnin’ great…for now), it’s not taking 25 minutes to pull up the Internet and probably the greatest result of getting it fixed is that Stephanie and I can start doing videos again. The videos that we put together are a great creative release from me and something that I really enjoy doing by myself as well as with Stephanie. Since I worked so hard at getting the laptop fired up today, I vowed to get at least one video up and ready by the morning, so here goes nothing.

This video is of a glimpse into the first birthday party of my two baby nieces, Reese and Riley – you can also check it out over here on YouTube if you can’t see it below.

^ a gift of appreciation from our players

As many of you may or may not know, Stephanie and I have become quite the fantastic coaching duo over over the past couple months that we’ve coached Special Olympics basketball together. We’ve had an absolute amazing experience with the players, their family/staff and the other volunteers that help out with the games as well.

However, with all of the competitive spirit that has been building up in me since I stopped playing basketball in college, I feel like it’s sometimes easy to get wrapped up in our team winning every single game(which we haven’t come close to doing). Although winning is the ultimate goal in any sporting event, I often find myself needing to step back a bit so that I can take in the big picture of what’s truly important when coaching my team of Special Olympians.

The team just isn’t playing basketball. In fact, that’s probably just the tip of the iceberg when it comes to what the players actually gain from playing the simple game that’s such an Indiana tradition. It is way more than just a game – it’s becoming more social, gaining better communication skills, getting to hang out with friends, getting in better shape and just a great break from their sometimes not-so-easy everyday lives.

I’m so glad that Stephanie and I have gotten involved and I’m even more glad that the players are getting something out of it. I’m looking forward to coaching for many, many more seasons to come and who knows, maybe we’ll even coach another sport. Swimming anyone?

If you would like to volunteer for something with Special Olympics, either shoot me a hotbox or click here for more volunteer info on their website.

On Saturday, Stephanie and I headed down in the snow-filled state of Keeeeeentucky(insert your own hillbilly accent here) for the latest monumental event of the family, the first birthday of my twin nieces Reese and Riley. Up until about an hour after we got there, Kentucky was under an official blizzard warning(see my sister’s snow covered car here) but it didn’t come close to stopping me and the rest of the fam from making the trek down for the bash. We hopped into dad’s Yukon, slapped ‘er into 4-wheel drive and actually had no problems making our way down once we were on the road.

I can’t wait to see the twins tear into their first birthdays cakes…get after it, kids and make this uncle proud.

Until I get the video done for Saturday’s birthday goodness, here is a Mojo Gallery of the action and be sure to check out my nephew Mason’s first birthday video below or over here on YouTube.

In just a few short weeks you can all probably begin to see that Stephanie and I are all about getting plugged into different types of things all over this great city of ours. As many of our friends continue to do the Tour de’ Broad Ripple every time they go out in search of cheap drink specials and Top 40 playing DJs, Stephanie and I have totally gone the other direction and have tried to experience things that aren’t so, ummm how do you say it, mainstream?

Since I can remember I have always done my best to bounce from one of these worlds to the other, which has not only given me a great & unique perspective of what all Indianapolis has to offer, but it has also allowed me to meet some amazing individuals along the way. Now I’m not saying that there is anything wrong with doing the same ‘ol same ‘ol sometimes, but I am just simply stating that it can be fun, exciting and enjoyably uncomfortable to sometime step out of the norm and to go check out something that’s fresh and exciting.

All of this thought has stemmed from Stephanie and I volunteering to emcee the fund raiser kick-off party for a soon-to-be-awesome public radio station here in Indy, WITT 91.9FM. As we were chatting with the organizers, bands and those who came out to support the cause that night we began to wonder why more of our other friends don’t get into events like the one we were having so much damn fun at. It blew our minds, really, but I must say that it doesn’t surprise me much. I mean, the cover was $7(all went to WITT), the drinks were more than $1.50 and the bar(Radio Radio in Fountain Square) isn’t on Meridian Street downtown or on the strip in Broad Ripple. I can’t be too disappointed though, it’s just how some people are I guess. But, from here on out I’m going to make even more of an effort to smack my friends in the face with some other great events like this one. There’s aways next time, right?

Also, here are a few pics from the WITT event on Mojo to check out when you have a few. 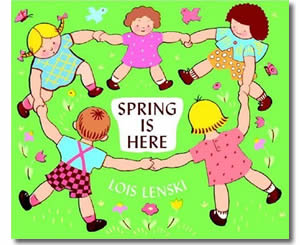 Yesterday I stepped out into the world and was pleasantly surprised by warm weather, sunshine and 60+ degree weather here in our lovely midwestern city of Indianapolis. First I looked around to make sure that I wasn’t back in California and once I realized that I was still in the Circle City I quickly realized what was going on…

Spring is on it’s way!

Now, I’m not going to kid myself and think that it’s going to be smooth sailing from here on out with 65 degree weather and sunny skies, but this is definitely a great start. I always think that it’s amazing how just the ability of rolling down your windows on a sunny day can completely change your mood for the better.

Spring, I see you coming and I’ve been waiting…can’t wait for you to stick around and make yourself comfortable.

So here is what I ended up doing on Valentines Day – it ended up being an awesome time and although I was pretty wore down from the past three nights of partyin’ I still rocked it out Mojo style.

First I gave Stephanie her card.

Unfortunately we didn’t make it to White Castle on time, but I still rocked the tux and we hit up some PF Changs instead. I decided to chug a bruski or two before we got our grub.

Stephanie was excited for the lettuce wraps, which are basically heaven wrapped up in a crisp, lettuce shell.

Good thing that we were a couple because there were a few stipulations on the menu that we noticed.

After dinner we saw a building on the circle that was definitely into the spirit, so we decided to get into it a bit ourselves.

After we finished up eating, Stephanie headed home for undislclosed reasons that she’s not proud of and I headed up to the Angels and Devils show up at Spin, I ran into Angie and Rob and madness ensued.

The show was awesome and Mardelay rocked the house, not to mention that there were some Devils and Angels hanging around the joint doing their thing. They were fiesty to say the least, which was cool with me and Rob.

After the show I headed back to the good ol’ Southside where I’m now writing this and getting ready to crash. Another great night for the books and here’s to a great Valentines Day and to many, many more.

Check out more pics of my Valentines Day fun over here in the Mojo Gallery.

Check out Day #2 of me and Stephanie’s Mojo Californication adventures. This is when we went and ROCKED out Palo Alto and we had a great time doing it.

Keep up with us every day!

Steph and I made it to California and we’re ready to hit the town and see what kind of trouble we can get into! We’re currently in Palo Alto, where we’ll be for a few more days…be sure to stay updated over here in the Mojo Forums throughout the week.

Until next time – be sure to watch the video below!

Steph and I made it to California and we’re ready to hit the town and see what kind of trouble we can get into! We’re currently in Palo Alto, where we’ll be for a few more days…be sure to stay updated over here in the Mojo Forums throughout the week.

Until next time – be sure to watch the video below!

So I show up for week 2 of Mojo Dodgeball and we’re all getting ready to rock it out. I mean, we lost our first game the week before so we were 0-1 going into the second game and we were ready to show the other team that we are serious about winning and that we mean business. Well, that got a little harder to do once I saw the shirts that we would be wearing the rest of the season.

Were they too small? Nope.

Were they poorly designed? Nope.

Were they uncomfortable to wear. Nope.

The shirts that we would be wearing for the last several weeks of intense competition were none of the above…instead they were a ittle worse. They were pink…HOT pink.

So anyways, after getting stared at by every team while walking into our game we decided that we actually kinda like the fact that we have such an obnoxious color. I mean, we ARE an obnoxious team, so I guess that we should have a color to match, right?

As the game went on and we were dominating our opponent, we started to enjoy our new hot pinkness more and more and now I don’t think that we would have it any other way. Getting beat by us is one thing, but getting beat by us in hot pink shirts is another..boo yah! God bless the pink hotness, we’re now 1-1 and we’re coming after YOU next!

I know that we have a full roster, but we are ALWAYS looking for more cheerleaders so click here to snag some more info on this week’s game and hopefully we’ll see you there!